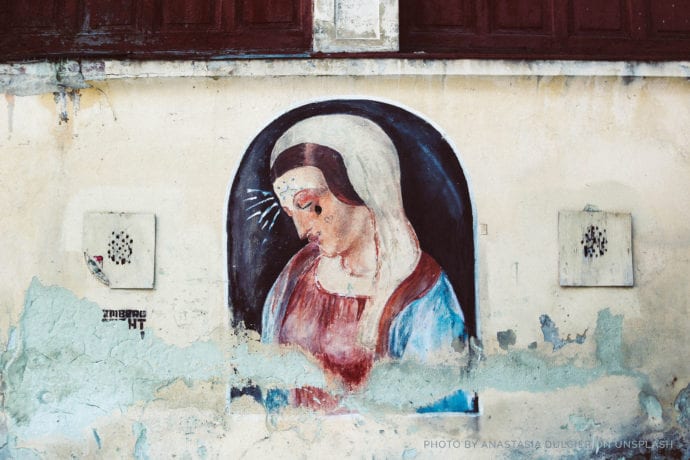 Sermon Given at St. Paul’s, Chattanooga | April 19, 2019 John 18:1-19:42 She was 14 years old. She was a runaway. Her name was Mary Ann. She had left home in Opa-locka, Florida. Now she was in Ohio. What exactly caused her to run away, I do not know. And the last I have read about her, she now lives in Las Vegas and works as a cashier at a casino. She may be very happy there and enjoy all

END_OF_DOCUMENT_TOKEN_TO_BE_REPLACED 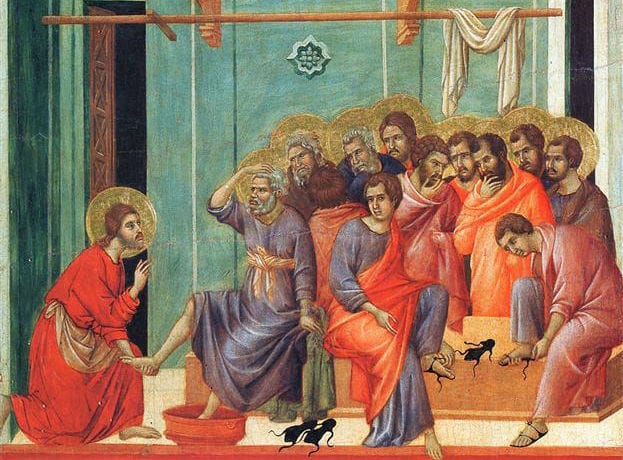 Sermon Given at St. James Episcopal Church, Knoxville | April 18 John 13:1-17, 31b-35 “Having loved his own who were in the world, he loved them to the end.” The woman lying in front of you is about to die. That is obvious to all gathered around her. The only question is how long before she breathes her last. There is a wash cloth on her head, keeping her forehead cool. I do not know if she is aware of

END_OF_DOCUMENT_TOKEN_TO_BE_REPLACED 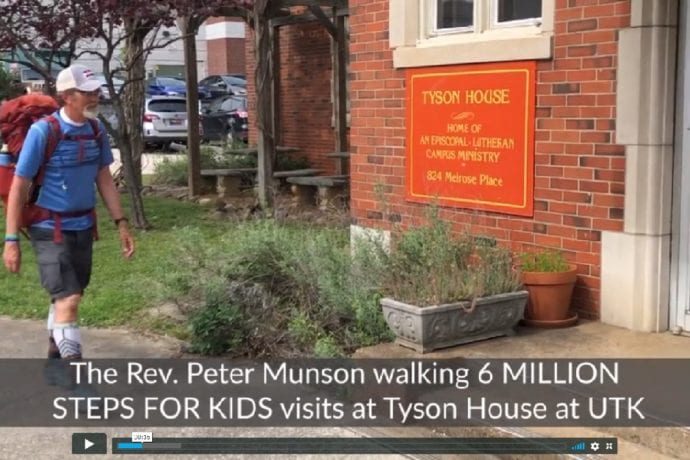 Click above for video Peter Munson is on the adventure of a lifetime – 6 Million Steps for Kids! Recently retired South Carolina priest, the Rev. Peter Munson, has embarked on a walking journey from Charleston, South Carolina, to San Francisco, California. The journey is in support of a calling – to walk across the country to raise money for four non-profit organizations that do great work for children. The project is called, “6 Million Steps for Kids,” approximately the

END_OF_DOCUMENT_TOKEN_TO_BE_REPLACED 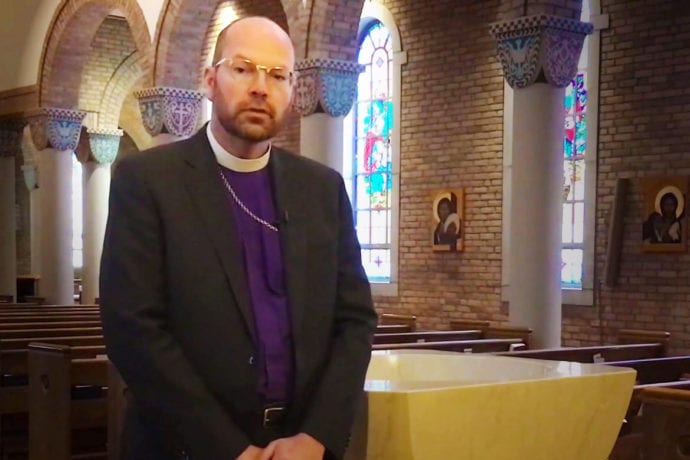 Click above for video. I want to bring greetings to you, the good people of the Diocese of East Tennessee, as we prepare for another season of Easter. In the season of Easter, the Church hears again of the love of the resurrected Christ, the one who meets us in the garden and surprises us by knowing our name. In the Christ, we are reconciled and redeemed and it is a story of hope that we have been given, a

END_OF_DOCUMENT_TOKEN_TO_BE_REPLACED 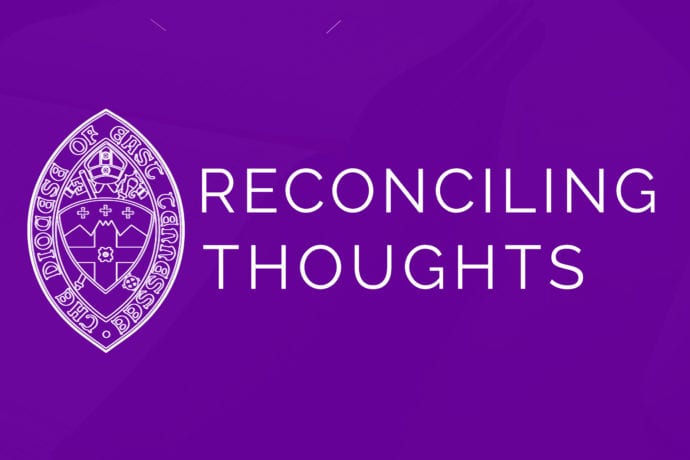 Now who will harm you if you are eager to do what is good? But even if you do suffer for doing what is right, you are blessed. Do not fear what they fear, and do not be intimidated, but in your hearts sanctify Christ as Lord. Always be ready to make your defense to anyone who demands from you an accounting for the hope that is in you ~1 Peter 3:13-15 Next week is Holy Week. We will be

END_OF_DOCUMENT_TOKEN_TO_BE_REPLACED 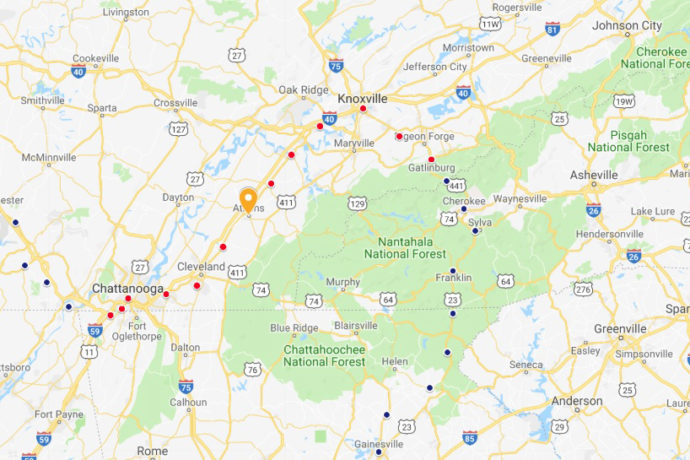 Recently retired South Carolina priest, the Rev. Peter Munson, has embarked on a walking journey from Charleston, South Carolina, to San Francisco, California. The journey is in support of a calling – to walk across the country to raise money for four non-profit organizations that do great work for children. The project is called, “6 Million Steps for Kids,” approximately the number of steps it will take to walk from Charleston to San Francisco. The journey began March 4, and he will

END_OF_DOCUMENT_TOKEN_TO_BE_REPLACED 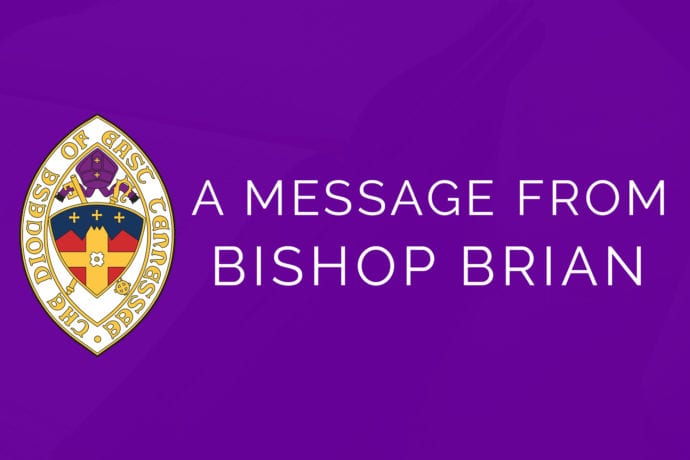 Micah 4:4-5 (NRSV) 4 but they shall all sit under their own vines and under their own fig trees, and no one shall make them afraid; for the mouth of the Lord of hosts has spoken. 5 For all the peoples walk, each in the name of its god, but we will walk in the name of the Lord our God forever and ever. East Tennessee friends, Last week, I attended the House of Bishops at Kanuga Conference Center in

END_OF_DOCUMENT_TOKEN_TO_BE_REPLACED

From Randy Schulte, president, DuBose Board of Directors Following an extensive national search, the DuBose Conference Center Board of Directors is pleased and excited to announce that the next Executive Director of the DuBose Conference Center will be James Stratt Byars IV. Mr. Byars comes to DuBose from Camp McDowell in the Episcopal Diocese of Alabama. Stratt has extensive experience collaborating with a board of directors. He has successful leadership experience in key managerial roles from development and finances to

END_OF_DOCUMENT_TOKEN_TO_BE_REPLACED 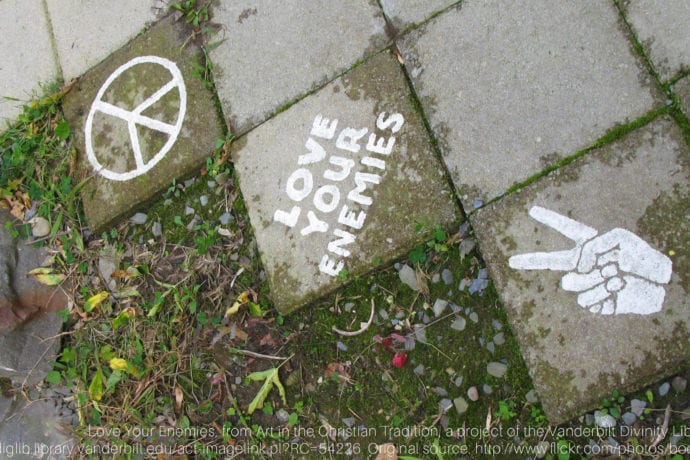 Sermon Given at Church of the Good Samaritan, Knoxville Seventh Sunday after the Epiphany | February 24, 2019 Luke 6:27-38 On February 17, 1977, in Uganda, the Anglican Archbishop Janani Luwum was murdered on orders by the dictator Idi Amin. For years since, he has been remembered as a modern Christian martyr, a man of God who stood up to a brutal, demonic dictator. For doing so, he was killed. This week, on the 42nd anniversary of Luwum’s murder, the

END_OF_DOCUMENT_TOKEN_TO_BE_REPLACED 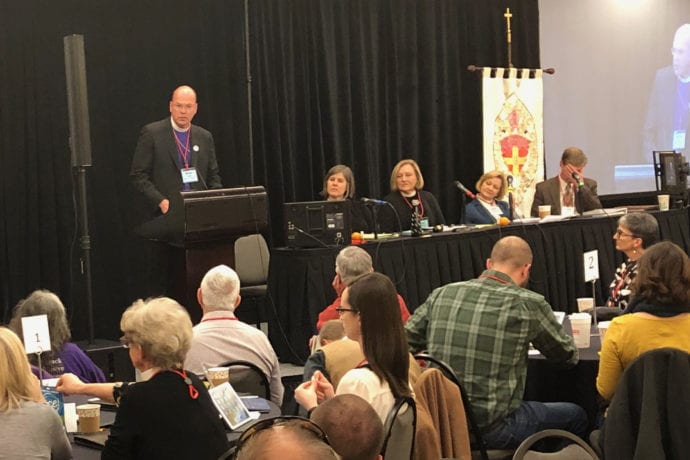 Bishop’s Address to the 35th Annual Convention of the Diocese of East Tennessee The Right Rev. Brian Lee Cole | Knoxville, Tennessee Click here for the video of the bishop’s address to the 2019 Convention. The text is below. Before I begin my address to you, I would like for us to pray. The Lord be with you. (And also with you). Grant, we beseech you, O Lord, perseverance in your holy service, and that the people serving you in