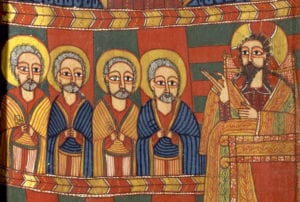 I recently made a trip to Arkansas, to a small town in the northeast corner of the state. I went with my eldest brother for a long overdue trip to see my father’s grave.

Once we arrived at the old Methodist churchyard, we parked the car on the edge of the property and began walking to his grave. Though it had been years since I was last there, we both knew exactly where to go in order to find it.

Seeing it again, I realized I had forgotten that the biblical citation, Proverbs 22:1, is inscribed on the gravestone. That proverb says, “A good name is rather to be chosen than great riches, and loving favour rather than silver and gold.”

My brother and I understood what the passage from Proverbs meant for us. It meant we came from very modest means. It meant that my father’s good reputation as a high school English teacher and a faithful Baptist deacon was our inheritance.

For Arkansas in late summer, the weather that day was surprisingly pleasant. So, we walked for awhile in the graveyard, looking for others who were kin to us. We found my father’s father and his father, too. Along with a few family members, we also discovered that just about every gravestone we saw bore a citation from Proverbs.

In the days since that trip to Arkansas, I have thought often about all those passages from Proverbs placed upon the markers of our dead. Wisdom is for the living, but I think we prefer to embrace wisdom once the demands of wisdom are less costly, like when we are dead.

Last Sunday, we also read from Proverbs. From that passage, Wisdom took on personhood and cried in the streets. From the passage, Wisdom crying in the streets seemed like that wild street preacher you go out of your way to avoid. Wisdom was crying out to us to listen, to learn wisdom NOW, to let go of simple thinking and immature ways and to grow up, to become wise. Apparently, however, the street preacher called Wisdom didn’t get too many takers.

However, in that graveyard, Wisdom was much in demand. Now, don’t get me wrong, it’s never too late to learn a good lesson, but if we only embrace wisdom on our death bed, then too much of our living now ends up looking unnecessarily foolish.

So, this morning, we are given another chance to hear from Wisdom, from the book of Proverbs. We now hear a reading from the end of the book, where last week we heard from the beginning.

This morning, in Proverbs, we hear about a woman. From a first reading, she sounds like a perfect person, a super mom, an Old Testament multi-tasker forever enshrined in scripture who could make every woman who follows in her footsteps feel as if they aren’t doing enough.

However, instead of being a source of wisdom, the woman from Proverbs 31 has been used too often to burden women. The woman from this passage does everything well and many things at once, all without breaking a sweat, or losing her cool. And without Pinterest.

This is where it might be good to remember that throughout the book of Proverbs divine wisdom is often personified as a woman. So, within Holy Scriptures, we see a female face of the divine. If this woman, then, a human image. Or is this woman serving as the anchor at the end of Proverbs divine?

At the end of Proverbs, now that the street preacher Wisdom has no more wisdom to shout aloud to us, we are left with one more image.

The woman at the end of Proverbs is not named, like so many ordinary people in history are not named. We love to celebrate the every day, the working class hero, the little guy, but we rarely stop to catch their name.

If she was named, well that would make her into a biblical character, and we might turn her into an unorthodox saint. Without a name, even with her remarkable list of attributes and abilities, she remains ordinary.

I have heard it said that this end of Proverbs is the longest meditation and reflection on an ordinary person accomplishing everyday tasks in the entire Biblical story. So, this long meditation, this long reflection on mature wisdom resting upon human flesh, do we hear it as gift for all or a burden for every woman who was told this is the proper measurement for them?

While Jesus and his disciples are traveling through Galilee, heading towards Capernaum, they might as well have been on two different trips. Jesus is teaching about suffering and death. The disciples are arguing about greatness and who among them might be the greatest. We are not told but I do not think they are equating greatness with the virtues of Proverbs 31.

If this image of the wise woman were the goal for them, I think they would have easily told Jesus of such a discussion. But they are quiet, embarrassed to tell him what they were speaking of.

Jesus, as he tends to do, takes their desire for greatness and turns it upside down. He does not say, “Don’t seek greatness.” He simply tells them to move in the opposite direction. Do not seek to be first. Rather, seek to be last. Be at peace with simply being included in the people of God, regardless of where you stand in the pecking order. Serve, love, forgive, show mercy, walk humbly, find holiness in the ordinary.

Jesus’ disciples, left to themselves, desire greatness. Left to themselves, they would like to seek after greatness, to run ahead of each other in order to signify status and prestige. They do not understand such a quest as a burden that kills.

Jesus, however, does his best to show them another path. If you seek greatness in terms of power and control, then you never rest, your day is never done.

If you seek greatness by serving the other, by choosing wisdom over greed and control and the other demonic temptations, then every day ends with thankfulness for the grace that makes living the life of wisdom possible.

In this time, who can find?

However, when we go together, the Christ promises to go with us. And with grace, and with each other, and with the Suffering Servant as our guide, we can find everything we will ever need. We begin with each other. We begin by sharing a meal of grace and mercy and joy and love. We begin, already knowing what we will find.

We will find our people–both the living and the dead, known and unknown, gathered around the street preacher, Wisdom, learning her lessons, practicing them, imperfectly, in the life lived now.