Costs may vary depending on where items are purchased. 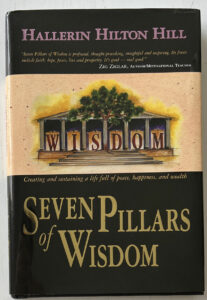 Seven Pillars of Wisdom
-Hallerin Hilton Hill
-hardcover, $18.75
-95 pages
-Wisdom House
-2000
-description: Hill is a radio talk show host, motivational speaker, and lives and works in Knoxville, Tennessee. He is also a songwriter who has written for artists such as Whitney Houston and Take 6, an a cappella gospel sextet that formed on the campus of Oakwood College, where Hill also graduated. This easy guide to developing a foundation of wisdom aims to assist one to make choices for a fulfilling life by exploring fear, discipline, love, finances, and more. 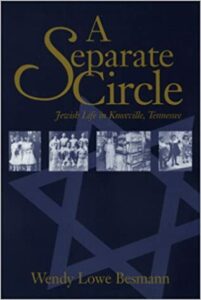 A Separate Circle: Jewish Life in Knoxville, TN
-Wendy Lowe Besmann
-hardcover, $20.99
-paperback, $19.99
-216 pages
-University of Tennessee Press
-2001
-description:  Wendy Besmann of Knoxville, TN, tells the story of Jews maintaining their rituals while living among their Christian neighbors in and around Knoxville for over 155 years. She shows through interviews and documentaries how immigrants adapted to East Tennessee and evolved from very humble beginnings to a diverse community of physicians, attorneys, and university professors. One of these Knoxville newsboys became a New York Times icon, and another became politically connected to and advised FDR on The New Deal. 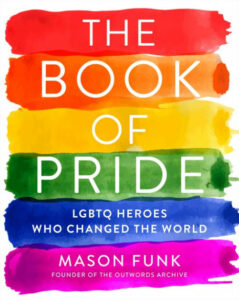 The Book of Pride: LGBTQ Heroes Who Changed the World
-Mason Funk
-Kindle $17.99
-paperback, $18.99
-Audio CD, $25.99
-HarperAudio
-2019
-description: This resource highlights stories of determination during the gay rights movement from the 1960s until present day with interviews of activists, leaders, and ordinary citizens. These leaders experienced personal and political battles and threats of violence without help from family and friends. 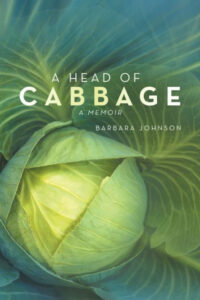 A Head of Cabbage: A Memoir
-Barbara Johnson
-Kindle, $2.99
-hardcover, $39.89
-paperback, $22.99
-370 pages
-Balboa Press
-2022
-description: Johnson always had a thirst for knowledge, but her father never encouraged his children to become educated and only wanted them to help with his tobacco crop where he served as a sharecropper after losing his farm in the 1950s. He had a distrust for White people, education, and the government. When Barbara turned eighteen, he went as far as to threaten to kill her if she went to school without his permission, but somehow, she was able to attend Bennett College, an HBCU for women where she studied sociology.  A Head of Cabbage is a personal narrative spanning decades of the struggles of a Black woman who was determined to live differently from her ancestors. 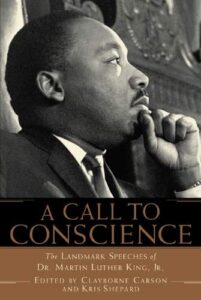 A Call to Conscience: The Landmark Speeches of Dr. Martin Luther King, Jr.
-Clayborne Carson
-Kris Shepard
-Kindle, $9.99
-hardcover, $49.00
-paperback, $13.49
-Audio CD, $32.65
-Hachette Audio-2001
-description: These speeches outlined paths to democracy and economic freedom for all. In the audio version, they are voiced by Dr. King and some of the world’s most renowned leaders and theologians share reflections on these speeches in addition to firsthand testimonies. Narrators include Andrew Young, Coretta Scott King, Dr. Dorothy Height, Rep. John Lewis, and others. 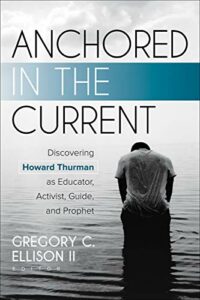 Anchored in the Current: Discovering Howard Thurman as Educator, Activist, Guide, and Prophet
-Gregory C. Ellison II
-paperback
-$22.49
-221 pages
-Westminster John Knox Press
-2020
-description: Howard Thurman was a mystic, educator, preacher, theologian, and one of America’s giants in religion during the twentieth century as he influenced politicians such as President Obama and social activists such as Martin Luther King, Jr., Marian Wright Edelman, and Barbara Brown Taylor in their quest for social justice and sharpening the thoughts of futures to come.  Ellison is a professor in the Candler School of Theology at Emory University.